Congrats again to the Open Data Unit in the Department of Expenditure and Reform, your hard work has made Ireland a trend-setter for 7 years in a row!

Once again, for another year, Ireland’s score in the EU Open Data Maturity Report is outstanding.

Ireland has been a trend-setter for the past 7 years, with a fourth position in the latest report for 2022; 2 points behind France and Ukraine, and with the same 95% overall score as Poland. Derilinx couldn’t be more proud of being the key partner to Ireland’s Open Data Programme. We hope to continue to improve and grow together to keep our country at the top of the rankings in the EU, in the Open Data arena.

The Open Data Maturity assessment 2022 benchmarks the development of European countries in the field of open data. It measures maturity against four open data dimensions:

Figure 1. The overall Open Data Maturity scores of the 2022 assessment.

This article presents information extracted from the EU Open Data Maturity Report 2022, highlighting Ireland’s strengths and weaknesses in the different dimensions and comparing it with other countries.

This dimension is based on the same three indicators used for last year’s assessment; namely policy framework, governance of open data, and open data implementation. Some additional questions were brought in for each indicator.

In Ireland, the Open Data Directive was transposed into Irish Law on 22 July 2021 through Statutory Instrument 376/2021, the European Union (Open Data and Reuse of Public Sector Information) Regulations 2021. Moreover, an official government circular was issued in December 2021, providing instructions and guidance for all public service organisations on implementing the Open Data Directive.

Supporting the reuse of open data

In Ireland, theme 4 of the Open Data Strategy specifies the support to be put in place to encourage businesses in the reuse of open data. These supporting initiatives include to:

Activities to support the publication process

In Ireland, the Open Data Engagement Fund has been developed in conjunction with the Open Data Governance Board (ODGB). This is a competitive fund designed to provide support towards promoting the use of open data. The fund is open to all and has assisted the publication of citizen-generated data. The 2021/2022 Fund supported citizen projects such as ‘Unlocking Galway Graveyards Heritage Data’.

16 Member States score above the EU27 average of 86%, while only 11 countries score below. Cyprus, Spain, Ireland, Poland, Italy, France, Slovenia and Estonia all score above 95%, indicating their maturity when it comes to open data policy. Belgium and Slovakia showed the most progress, with improvements of 19% and 14% respectively. Both countries are taking rapid steps towards the European average.

The 2022 Open Data Impact dimension has undergone an important restructuring to better acknowledge that assessing open data impact is still a challenge, and to better distinguish between measuring reuse and assessing impact. Ireland scored 100% for the second consecutive year, 29 points over the 71% EU average.

In Ireland, a number of tools are in place to support and incentivise public bodies in measuring the reuse of their own datasets and those of other public bodies. One of these tools is the KPI and QA reports that have been developed to allow data publishers to monitor their datasets, show when the data is uploaded, what was deleted, and the currency of their data. The KPI tool allows public bodies to compare the quality of their data with each other and monitor their own progress over time.

In Ireland, reuses are classified according to whether a respondent was a user, creator, both, or facilitator of open data; the sector in which the data was to be utilised, (i.e., economic, social, academic, political or civic); the activities for which open data could be used (e.g., to make new data products and services, for organisational optimisation, to improve knowledge and capacity building etc.); and the type of data of interest, be it real time, statistical, spatial, historic, or relating to government services.

In Ireland, open data is increasingly recognised as a force for positive social change, as proved by the fact that figures on deprivation or lack of social services are more accessible and both journalists and the public become more competent in finding and interpreting source data.

In Ireland, the Open Data Unit has engaged a research fellow to assess the impact of open data in the social, economic and environmental spheres. They are currently studying both open data producers and consumers and looking at how open data is being used and adding value in these areas.

Figure 4 shows the country ranking of the impact dimension. Five countries – Cyprus, the Czech Republic, Estonia, France and Ireland – score maximum points for strategic awareness, measuring impact and creating impact. They are closely followed by Spain, Poland and Italy who all score above 90%. Most countries are already focused on the impact that open data has, as 16 EU member states score above 70%. Notable risers are Hungary and the Czech Republic, with score improvements of 42% and 30% respectively.

Ireland’s open data portal is one of the strongest in Europe with a 97% score, 14 points above the  83% EU average. 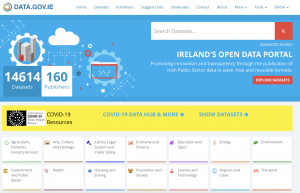 Derilinx is contracted by the Department of Public Expenditure and Reform to host, manage and develop the National Open Data Portal (data.gov.ie) according to international best practice and standards. You can read more here.

The national portal, built on datAdore, was launched in 2014 and has been growing since at a very good pace in terms of features and datasets (over 14,000 datasets at the time of writing).

In Ireland, the open data team emails the data request to the relevant public body, follows up on the requests, and monitors the request’s progress. When requests are unsuccessful, it advises the requester and reminds them of their right of appeal to the Information Commissioner under the PSI directive.

For Denmark, Ireland, Lithuania, Luxembourg, and Poland, at least half of the portal traffic results from API usage alone. This suggests that substantial open data reuse is taking place programmatically.

To ensure the sustainability of the national portals, it is important to attract new visitors and engage with them to make sure the portal stays relevant and interesting for them.

The Irish Open Data Initiative “Observatory of Public Sector Innovation” organises several events each year to inform and raise awareness of the open data portal, including webinars run in partnership with Derilinx (e.g. Open Data Impact Series), conferences like the National Open Data Conference, workshops (e.g. for publishers) 181, and lectures. The initiative also takes numerous opportunities to give presentations at events and conferences to promote the portal and to encourage the reuse of data. 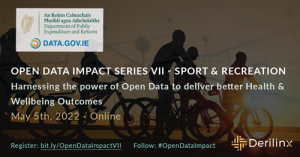 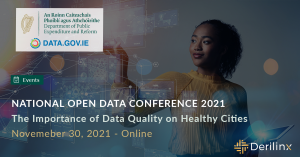 Derilinx take a big part on this area, running also informative webinars like the “It’s time to Open” Series, and writing articles (e.g. about the OGP Technical Framework) to educate Public Sector Bodies, encourage them to publish data and, in general terms, help them start their open data journey. You can find our blog here and a list of events here . Subscribe to our newsletter to keep up to date. 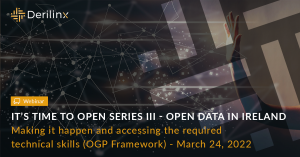 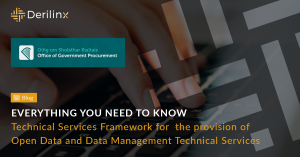 In Ireland, there is a dashboard of metrics displaying the characteristics of the data on the portal. The QA Validator and KPI tool provide data publishers with the ability to view the quality of their data, and identify issues such as broken links or missing metadata.

Ireland ranked 3rd for the portal dimension, only behind France and Poland.
France is the only member state that obtained a maximum score for the portal dimension. However, almost half of the member states (thirteen countries) are already above 90%, as shown in Figure 5. These scores indicate that many countries run mature data portals that account for the wishes and needs of reusers. Belgium and Finland improved most on this dimension. Their scores increased by 22% and 16% respectively. Finland’s improvements are especially impressive, since the country’s data portal scored below the European average in 2021 and has now entered the top ten.

The quality of data and metadata being made publicly available is more important than the quantity of data that used to be a key index of performance in the early years of the Public Sector Information (PSI) efforts.

This dimension is Ireland’s weakest point with a score of 83%, down from 92% last year, but still 6 points above the 77% EU average.

At the time of writing (January 2023) the Open Data Unit at the Department of Public Expenditure and Reform is finalising the new Open Data Strategy, where quality, reuse and impact will be at the core for the next 5 years.

This indicator examines the extent to which countries use a model, for example the “5-Star Open Data”219 or the “FAIR Principles”220, to assess the quality of data deployment. This indicator assesses to what extent data is available under an open licence, in the form of structured data, machine-readable, using Uniform Resource Identifiers (URIs), and including links to other data sources.

Most countries, such as Greece, Ireland, Italy, Malta, Poland, Romania, and Slovenia, use the 5-star Open Data model.

Figure 6: Country ranking for the quality dimension in the Member States

*All figures have been extracted from the full EU Open Data Maturity Report 2022 in data.europa.eu 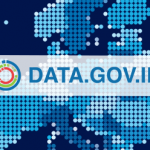 Latest posts on this area