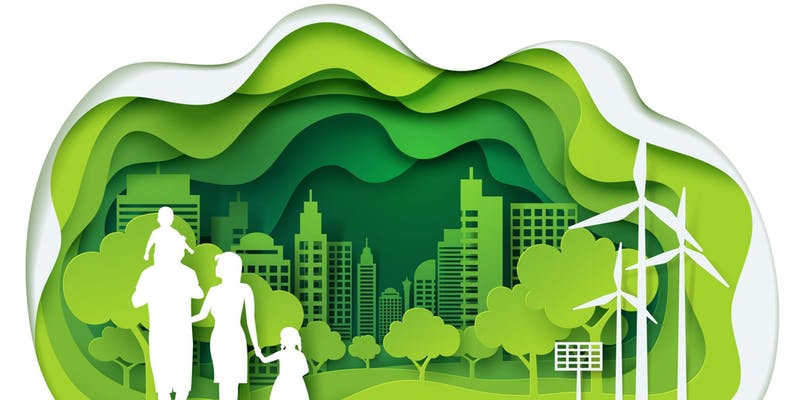 03 May Open Data Impact Series III: How Open Data can help our Environment

In this third session of the Impact Series, we talked to data users and publishers from a sector where Open Data has the potential to make a massive impact – the Environment Sector. Open Data is a valuable resource that can provide key insights to help protect our environment and support sustainability. Open Data can be used to build new applications, enhance existing products or provide additional context for decision-making. There is a large amount of Open Environment Data available in Ireland, from meteorological and waste data, to information about air and water quality, and land usage and energy consumption. We looked at how the data is being adopted and used, what challenges users face, and what other environment data could potentially be made available.

“How Open Data can help our Environment” session took place on 29th April 2019 in the spectacular Wood Quay Venue, organised by Derilinx in collaboration with the Open Data Unit of the Department of Public Expenditure and Reform and Smart Dublin. The room was full with over 70 attendees from across industry, the Public Sector, academia and the general public.
The event consisted of three panel discussions with a number of experts from the water and marine, energy and sustainability fields.

The first panel discussed real examples of how Open Data can be used to improve services to the public and how this can be expanded in the future. Deirdre Lee, CEO and founder of Derilinx and moderator of the session, opened by highlighting that opportunities for new datasets are everywhere and that data is a key factor for innovation and improved decision-making.

At the Marine Institute, Eoin O’Grady, Information Services and Development Manager regards “Open Data as an organisational asset, we treat it the same way as our financial assets by managing and governing our data”. He also stressed the requirement for “easy to understand licensing” to make open data available to all.

All the panellists agreed with Trevor Alcorn, GIS Specialist at the Marine and Coastal Unit of the Geological Survey Ireland, when he expressed the need for quality-controlled data of good provenance. Bidisha Ghosh, Assistant Professor in School of Engineering at Trinity College Dublin, emphasised the need for its careful use to deliver information legally and accurately. She quoted the example of petrol and diesel cars; whereas current sentiment is against diesel engines, in fact a petrol engine and a modern diesel, well maintained, are equivalent in terms of pollutants. She also stated that “academia has the means and the models to add value to data”.

Michael Hanratty, Managing Director at IHER Energy Services, sees “no reason for nervousness around making data available openly” and its availability can produce “gamification”, a competitive environment allowing competitors to see what others are achieving and so drive change.

In answering questions from the audience, Bidisha revealed that internal home air quality,  monitored using a personal monitor, is most impacted by cooking and home fires, however the level is such that should not impact anyone with a healthy respiratory system.

In the second panel, we looked at the importance of up-to-date, high quality Open Data for providing detailed insights into a domain such as the energy domain. The facilitator, Ashling Cunningham, Chief Information Officer, Ervia, gave a short overview of the Open Data Governance Board, of which she is a member, and key actions currently underway.

Brian Delaney, the Open Data Officer at Met Eireann discussed their move from a closed to an open data environment. There was resistance for several reasons: fear that people wouldn’t understand the data, Met Eireann would not be given due credit for it and the integrity of the data could be compromised. None of these have come to pass. He highlighted another advantage of the move to open data: the elimination of administration around charging for data freed up resources for other work.

Met Eireann has 40 years of hourly solar data which can be used to help predict your output as a solar power generator. Their years of historical weather data can be used for “forecasting with respect to climate change”.

Raoul Empey, MD at Sustineo, who work with businesses, organisations and people to reduce their environmental impact, talked about getting the message on carbon footprinting across. In this context it can be “the magnitude – how many zeros – rather than the precision of the data” that is important. He feels that “Macroeconomic data, even if it’s roughly accurate will give people direction” in their decisions on climate choices.

Vivid Edge is a company advising organisations on potential efficiency savings and sourcing funding for these. Paul Boylan, their Technical Director, sees the continuous evolution of energy efficiency technology where “Standards can’t keep up with the technology, just achieving them is not enough”. He also sees huge advantages of companies being able to compare themselves with their peers, even anonymously, in a race to achieve excellence in environmental indicators.

At the SEAI, Jim Scheer, Head of Policy Insights and Design, is asking the question, “are (energy saving) schemes having an impact?”. The SEAI “used to justify our existence by production of huge documents” but now are “waking up to the power of sharing data”. As a small team they “can’t live without outside help” and now find they are able to “generate the data, publish it as open data and move on”. He sees the importance of governance and data quality but also the need to “get it out there as soon as possible.” The availability for data for international comparisons is key, it is “super-important to learn from other countries”.

In a question from the floor, Jim was asked why homeowners can’t access data for their own home. In answer Jim revealed that the SEAI has “data on 80,000 homes, 100 data points but you can’t find your own home because (the data is) anonymised”, although this is something they plan to work on. On the need to be able to drive the data down to the local level, Jim sees the competitive nature of local politicians; once data is available there can be healthy competition to reduce environmental impact in local areas.

In the third panel we looked at how Open Data be used to support environmental sustainability into the future. The facilitator, Angela Denning, Head of Government Reform Unit, Department of Public Expenditure and Reform gave an overview of the National Open Data Initiative and its progress to date.

Francesco Pilla is Associate Professor in Smart Cities & Urban Environment at UCD. He sees the opening up of data to a consortium increasing “the opportunity to spot patterns” in the data. In the academic world he sees “access to powerful datasets would enable projects to be more effective” and expects to see more citizen science over the next 5 years.

Conor Nugent, Co-founder at Breadboard Labs, described how the Curio project has created a high-resolution map of tree canopy cover for the Greater London Authority, which has been made available as Open Data. Conor described how by “identifying areas without green infrastructure and using US models for trees in terms of sequestered carbon down to the individual tree level”, London’s mayor can now use “evidence-based policy making” to decide where and how to focus anti-pollution initiatives.

Another initiative from Breadboard Labs is a collaboration with ESA (European Space Agency) to use high-resolution satellite imagery, to provide better guidance to service users on the location and condition of trees and the extent of tree canopy. Conor also mentioned how in California, “communities are mapping the gaps” in a project monitoring Dutch elm disease.

Liam Brannigan, Data Scientist at Analytics Engines, finds that “working with open datasets needs to become a two-way street” in that if  “we identify errors, we would like to push them back (which is) not possible if no contact” information. He would like to “include user testing in the release of data”.

Simon Brock is an Administrative Officer with Waste Management Services at Dublin City Council. Simon sees “community engagement” as key. He sees a huge role for “data capture in improving waste management” in terms of “identifying problem areas, … allowing customers to report bin problems”. This “frees up time and allows (the council) to allocate resources better”.

Feedback from the event was hugely positive, with participants quoting the ‘quality and variety of speakers’ and great ‘networking opportunities’ as some of the main benefits of attending.

We would like to take this opportunity to thank all moderators, panellists and attendees of the event. If you would like us to keep you informed about our future events and activities, subscribe to our Newsletter below!