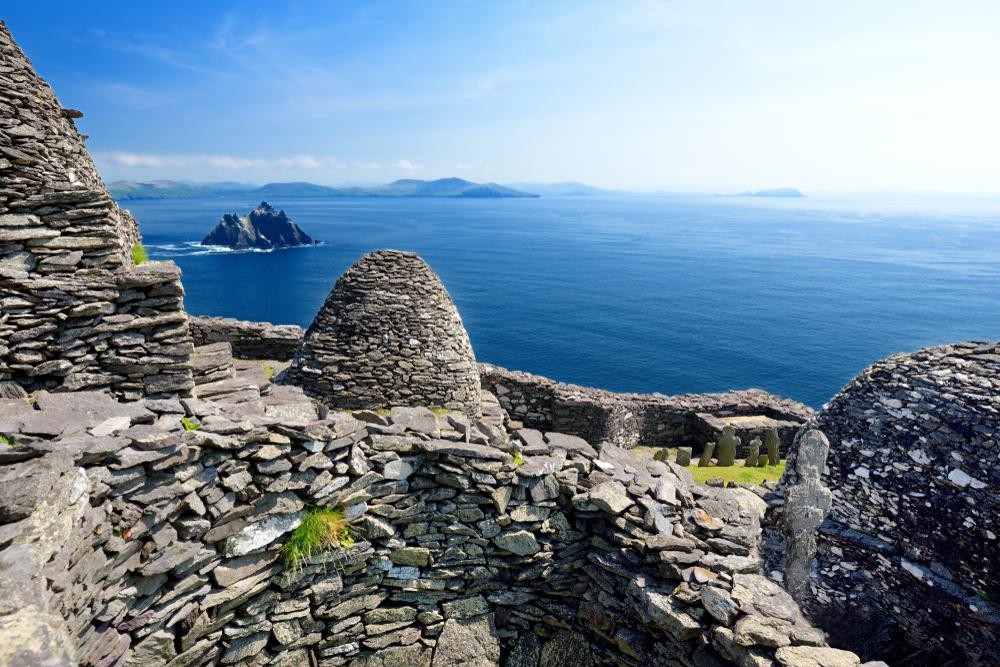 Open Data is a valuable resource that can help promote Arts, Culture and Heritage amenities and events. Open Data can be used to build new applications, enhance existing products or provide additional context for decision-making. The Arts, Culture and Heritage sector has embraced the Open Data initiative, with a large amount of data available, from information on sites of historical interest, Irish language resources to cultural events.

In this fourth session of the Open Data Impact Series, we talked to both publishers and users of Open Data from the Arts, Culture and Heritage sector. They demonstrated how the data is being adopted and used, highlighted where they could use some help and outlined plans for the future.

“Open Data – Supporting Arts, Culture and Heritage” session took place on 23rd October 2019 in the spectacular new TCD Tangent Workspace, organised by Derilinx in collaboration with the Open Data Unit of the Department of Public Expenditure and Reform. We welcomed over 70 attendees from across industry, the Public Sector, academia and the general public.
The event consisted of three panel discussions with a number of experts from the fields of arts, culture and heritage, including the Irish language, sport and tourism.

Each panel session was prefaced by a short demo from the contributors. Brian Ó Raghallaigh presented logainm.ie which provides the official source for Irish place names and then Beatrice Kelly showed us heritagemaps.ie which provides heritage data and its context. Read Beatrice’s presentation here.

Beatrice Kelly from Heritage Council of Ireland presenting examples of #OpenData they have available for download #ODimpact pic.twitter.com/s3NoHdxAwX

The moderator for Panel 1, Dr Bahareh R. Heravi, Assistant Professor in Information and Communication and a member of the Open Data Governance Board, gave a short overview of the Board and its current areas of focus.

For the Heritage Council of Ireland, Beatrice Kelly, Head of Policy and Research, reflected on the impact of making data Open; for many years they had to work behind closed doors, but now she can see enormous change in philosophy and ethos, and can see huge progress since going live in 2016. The definition of “Heritage” is very wide and many sectors may not realise they play a part. “Open data means we can approach people to incorporate their data”, for example the Irish traditional music archive. “Open Data creates a forum, a community of publishers and users.”

Jane Dunne, Project Coordinator at the European Language Resource Infrastructure (ELRI), explained that “Low resource languages such as Irish, have poor machine translation.”  The ELRI provides a site where public institutions and translation centres can upload bilingual documents, increasing resources available to help avoid “the risk of ‘Digital Extinction’ of the Irish language.”

@JaneDunne5 from @AdaptCentre discussing the need for Open Data sharing in Ireland in the context of sharing English-Irish documents on our web portal (https://t.co/O9oHinOKI0) to train MT systems on national and EU levels.#machinetranslation#Gaeilge #ODImpact
@ELRIEireann pic.twitter.com/VbpybVABnT

Brian Ó Raghallaigh from gaois.ie, focusses on managing and structuring his data and providing a user-friendly interface to the 250,000 primarily language professional and government official visitors to the logainm.ie site. His impression of the impact of providing logainm.ie content as Open Data (including through APIs) is that the grammar and spelling of place and street names are now much more likely to be correct.

Kevin Long, Digital Archivist at Digital Repository of Ireland, describes DRI as a publicly funded consortium managed on a membership basis, where members can deposit data yet retain rights to that data. Issues raised, in particular by universities, are around who has the right to make the data open, especially as art and heritage can be secondary material so ownership is not clear. Researchers in the Heritage domain may not always recognise that they have research data for which they require a Digital Management Plan. DRI can provide support through training and checklists.

Panel 2 discussion was prefaced by an introduction to the Discover Kells app from its creator, Alison Boland, and an overview of the Dublin City Dashboard from Oliver Dawkins @Dashbuild. Read Alison’s presentation here.

Alison’s application won an award at Ireland’s GIS conference 2017 for “Excellence in application of Open Data” so she is very much a proponent of Open Data. When developing her app in 2015 she had to request permission to use the National Monuments data, whereas this data is now open.

Oliver included in his demo a view of the 3D model of the Dublin Docklands, which will be a great asset for building 3D apps, games and for educational purposes. Oliver described a pilot he is running with the Science Gallery where the public take photos from which a 3D realistic object is generated. This technology is being used for cultural artefacts and heritage sites.  View Oliver’s presentation here.

Rhoda Kerins, Head of the Open Data Unit at the Department of Public Expenditure and Reform, gave a brief overview of  the department, mentioning that they work collaboratively with Derilinx on data.gov.ie, Ireland’s Open Data portal. Ireland has been #1 for Open Data in Europe for the last 2 years. They would like to showcase where the data is being used and asked for users to reach out.

Alison Boland commented that although the top-down approach to data publishing has until now been successful, it would be great to see a bottom-up push to make data available.

Gareth John is GIS and Data Manager at the Department of Culture, Heritage and the Gaeltacht. Their most popular data, getting 45,000,000 hits a year, are the local heritage sites, which are accessible through APIs as well as the web site. The moderator of Panel 2, Cianán Clancy, Group Head, Commercial and Customer Propositions at Independent News and Media, asked about the role of crowd-sourcing in the department and in reply Gareth pointed out that over 3,000 archaeological sources were submitted last year thanks to a dry summer. He encourages government to adopt a staffing model that incorporates a data steward role.

Iseult Byrne, CEO at Dublin City Council Culture Company, mentioned the role of crowd-sourcing for both data and in using a “folksonomy” to organise their data. She emphasised the fact that there is a permanent function as a moderator for this data; it is only good if it is kept up to date. It was also commented that data on individual artists is personal data and it would be good if the Open Data Initiative could consider how data in this area could be shared.

Oliver Dawkins, Data & Training Coordinator on the Building City Dashboards Project wants to encourage people to generate their own 3D models and share them, and he provides training to local authorities on mapping data and how to process and add data to the portals. He acknowledges the need to support non-specialist as well as specialist users. Oliver sees 3D models proving invaluable for planning purposes. On the dashboards project, he emphasised the importance of APIs to the automation of data feeds and the significance of accurate metadata.

Panel 3 was preceded by a demo from Carl Lange, Co-Founder of Tough Soles, who, with his partner Ellie, walked 4,000 km of trails through 27 counties (no Wexford) over the last 3 years, mapping all routes as open data. Read Carl’s presentation here.

Alice Coleman, ICT Officer at Fáilte Ireland, explained her role in maintaining a database of tourism products which can be promoted under various brands, both home and abroad. Publishing this as Open Data means that the data can be reused and so potentially expand the market reach. Through the use of Open Data, Alice hopes to spread the tourist visits from hotspots such as Dublin by getting businesses to promote their area by developing a website or app. She also points out that Open Data can remove the need for multiple sources of data, making things a lot easier with “one source of truth”. Fáilte Ireland are augmenting data with inspirational content; the key for them is to get up to date data from government bodies. Fáilte Ireland developed their APIs internally; as a result they can respond to requests for data by pointing requesters to the API, reducing the  resources required and always providing up to date data.

Both Carl and Cormac MacDonnell, Programme Manager at Sport Ireland, have the goal of getting more people active outside in Ireland. Carl used the Sport Ireland trails, amongst other Open Data, to generate his maps which he has published as Open Data on Tough Soles. The moderator of Panel 3, Deirdre Lee, CEO and founder of Derilinx, asked Carl why it is important to provide Open Data rather than just making data available in a map on a website. Carl told us that making his maps took 80 hours but would have taken at least ten times longer, or would have been impossible, had the data not been open and in a standard format.

Denise McDonagh, Digital Programme Manager at Galway2020 explained that she is running workshops with delivery partners from both Galway City and County to develop an open data policy so that data collected from partners can be used.

At Sport Ireland, Cormac is working to create a national digital database for all sport and outdoor amenities in Ireland, such as bluewaysireland, cycle ways etc. To achieve this he will need to engage with government bodies and the 60 managing bodies in sport. He plans to learn from other projects to streamline the process but sees a step-change in resources will be needed (there are currently no IT employees in Sport Ireland).

On the question of Open Data putting organisations on a level playing field, Carl explained that he is publishing his data as a hobby and so much of this comes from people doing things in their free time. For Sport Ireland, Cormac commented that they need to reach out to the two thirds of the population who aren’t involved in outdoor activities by providing rich data, as Alison has done with the Discover Kells app. Oliver pointed out that usability is key; the development process has to be iterative and involve the users.

Really interesting morning at #ODImpact. Our digital programme manager @Dinnymac took part in a panel discussion on how open data is being used in used in sports and tourism. https://t.co/ZU2IiZXZ0O

Feedback from the event was hugely positive, with participants quoting the ‘quality and variety of speakers’ and great ‘networking opportunities’ as some of the main benefits of attending.

We would like to take this opportunity to thank all moderators, panellists and attendees of the event. If you would like us to keep you informed about our future events and activities, subscribe to our Newsletter below!